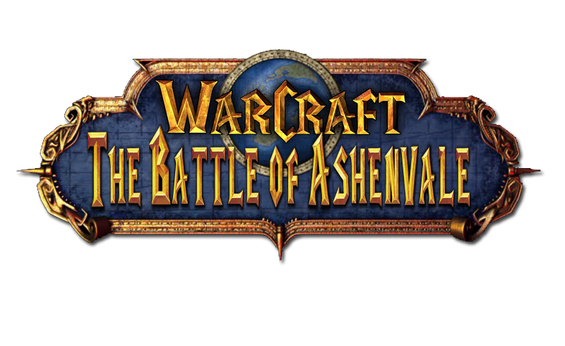 The Second Battle of Splintertree

A sudden yell came in the Grey Legion's communicator: "ALLIANCE!", it was Grand Commander Phasm, warning his forces that their enemies were approaching Splintertree Post. The Legion inside the inn then quickly moved outside, among them were the overseers Mol'Tsok Scaleflayer, Leugim and Mu. The Alliance had invaded Splintertree, thirsty for revenge not only for their previously failed assault but also due to the Grey Legion's many advances at Ashenvale during the last two days.

The Alliance managed to get deep into Splintertree, crushing the orcish grunts in its way only to meet the few Grey Legion soldiers that weren't on any other assignment, despite the clear disadvantage in numbers, the Legion few was able to hold the Alliance long enough for reinforcements to arrive from the Warsong Lumber Camp, such reinforcements being the bulk of the Grey Legion forces led by Overseer Kirote and Grand Commander Phasm himself plus its allies in the region, the orcish Ironfang clan, led by Chieftain Korgaz. Together, the Grey Legion and the Ironfang managed to expel the Alliance from Splintertree and the battle raged outside the post, the Alliance forces, composed mainly of night elven sentinels alongside some humans, kept pressing on the Grey Legion-Ironfang coalition and even pushed them back to the gates, some soldiers even managing to get back into Splintertree. However, this persistence's success was short lived, and the Horde forces repelled them from both the post and the gates, with a clear disadvantage ahead, the surviving Alliance forces retreated.

Some minutes later, the Alliance swiftly regrouped and sent another massive assault, but this time, they were not only defeated but did not even make it to Splintertree's gates and were forced to retreat again, a particular human warrior managed to escape the dual fury of both Leugim Santangelo and Mol'Tsok Scaleflayer, such was his will to escape. With the Alliance driven off, Grand Commander Phasm ordered the overseers to rally the troops and return to Splintertree's gate.

Despite the initial victory, the Grey Legion and the Ironfang clan weren't willing to bask into it, both forces sending several scouts to track down where did the retreating Alliance go and to study the possibilities of a counterattack. The Grey Legion then received an unexpected visit, a small group of Thistlefur furbolgs led by Elder Shaman Gorja arrived at The Shady Nook and offered themselves to protect the ghouls, despite their distaste for them, as a mean of retribution for the Grey Legion's previous aid against the Sentinels's invasion at their village.

Meanwhile, Grand Commander Phasm and Chieftain Korgaz moved their forces to the road at Astranaar, where a counterattack would take place. The Grey Legion and the Ironfang clan positioned themselves at the gates of Astranaar alongside a few reinforcements from members of other Horde guilds who became aware of the growing conflict, the Alliance survivors gathered themselves there to defend the elven town.

A small few of those survivors advanced against the Horde coalition only to be massacred and make both the Grand Commander and the Ironfang Chieftain roar the order to attack, the Grey Legion and the Ironfang orcs advanced as brutally as the Alliance previously did during its first attack on Splintertree hours ago, advancing quickly to the center of the town while murdering all those who opposed their occupation, ensuring a swift and fulminating victory. After a long while of occupation, two members of the Silverwing Sentinels arrived, Anoriel and Aquleathe, Grand Commander Phasm wished to put an end to the current conflict by parlaying with the two women, who seemed to have leading roles in the local defense. After a long, tense negotiation, Phasm determined that Darnassus had two days to send lumber and other supplies to Splintertree as payment for the sudden Alliance assault againt the outpost. Chieftain Korgaz then said that, because the Grey Legion's number surpassed the Ironfang's in that battle, that they were allowed to take most of the supplies, but he firmly stated that the Ironfang orcs wouldn't leave with their hands empty, a decision which Phasm found extremely fair.

With the negotiations done, the Horde forces left Astranaar and returned to Splintertree Post.

Upon arriving there, the troops of the Grey Legion were lined up at orders from Overseer Mu. Once everyone was in their respective places, Phasm gave an inspiring speech to his legion about the astounding victory over the Alliance, saying that Hellscream's eyes couldn't ignore the events that transpired at Ashenvale on that day and that the Grey Legion was truly a force to be reckoned, he then said that the Legion didn't take all the credit, and ordered the soldiers to turn around and salute their great allies of that day, the Ironfang clan, who provided aid swiftly and without hesitation, even accepting to allow the Grey Legion to acquire most of the supplies demanded in the negotiations at Astranaar. After fininshing his speech, the Grand Commander dismissed his forces and went on to make further negotiations with with the Ironfang clan alongside Overseer Kirote.

Retrieved from "https://leugim.fandom.com/wiki/The_Battle_of_Ashenvale?oldid=5159"
Community content is available under CC-BY-SA unless otherwise noted.