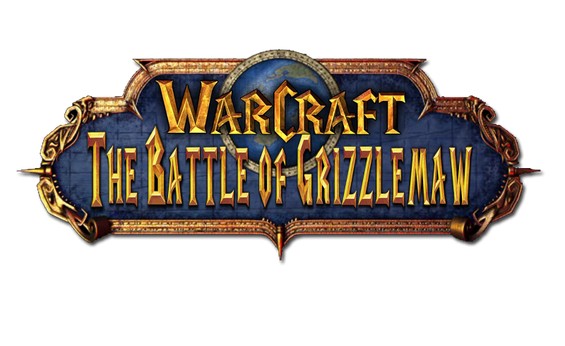 The Battle of Grizzlemaw was a conflict between Alliance and Horde forces involving the two rival furbolg tribes that fight for control over the place. It began with the Alliance guild Azureblade Marauders attempting to gain the support of the Frostpaw tribein hopes of using the large ancient tree-city as a base, the relations between the two factions seemed to be developing well until the Grey Legion, a multi-racial body of the Horde's military, discovered such plans and launched a preemptive attack against the tree with the extremely tenuous support of the Redfang tribe in order to cull the place of its Alliance interlopers.

Grand Commander Phasm received reports about the supply lines at Grizzly Hills, such reports stated that the supply lines were at risk due to increasing activity from enemies of the Horde within the region. Thus, the members of the Grey Legion packed up their most important belongings and departed to Northrend. The Legion eventually settled itself at Conquest Hold and soon began working on harvesting resources and scouting the proximities of the base.

After some days at Conquest Hold, Grey Legion goblin mages opened a portal to Orgrimmar so that the members of the Legion could easily travel between the two places in case they needed. As time passed, the soldiers of the Legion grew dubious if there actually were a rising threat at the region, aside from some vrykul raids and Scourge ambushes in the forest, which were swiftly dealt with, there wasn't anything that could represent a great threat to the Grey Legion's supply lines there. The doubt remained until the day Legionary Leugim came into contact with the furbolgs of Grizzlemaw. Leugim, recently promoted to the rank of Legionary for his highly approved service to the Legion and its Mol'Tsok's Flayers, was scouting around Grizzlemaw when he was ambushed by a trio Frostpaw Shaman, a group of Redfang Furbolgs passed by as Leugim defended himself and joined the fray upon seeing their enemies there. Because Leugim killed one of the Frostpaw shaman, he was welcomed as an ally among the Redfang and learned some interesting things while having to constantly slaughter the enemy tribe at the agitated requests of the brown-furred furbolgs. The Redfang told Leugim that some "funny looking pinkskins" using strange black clothing have showed up about one week before Leugim's arrival. As coincidence would have it, Leugim and a Redfang hunter killed a Frostpaw trapper who carried a sack of supplies and finely crafted small weapons such as daggers and shortswords, the sack had an Alliance insignia in it. The undead rapidly associated "pinkskins" with the symbol, concluding that humans were trying to gain the favor of the Frostpaw. One of the Redfangs said that they were once close to defeat the Frostpaw, having claimed most of the tree-city they live in, however, when they reached a dark tunnel of the tree, they were ambushed and massacred by several of the pinkskins-in-black. Thus they lost most of the territory they gained and the Frostpaw managed to even the scales again. On his way back from Grizzlemaw, Leugim found a ravaged Grey Legion supply caravan, among the corpses of orcish peons were also a few white-furred (thus, Frostpaw) furbolgs and a single human corpse with a lumbering ax carved into it his skull. Santangelo came to the conclusion that the Alliance and the Frostpaw were the ones responsible for the compromising of the Grey Legion's supply lines at Grizzly Hills and resumed his march back to Conquest Hold. Leugim then reported to Lance Topsail, recently promoted to Commander, the goblin then asked what the corpse had in mind in order to deal with this. After hearing Leugim's strategy and expressing his approval, Lance stated that he had other matters to attend and wanted Leugim to prepare himself to bring up this situation to the rest of the Legion.

Two days after his meeting with Topsail and after refining his strategy, Leugim and a very small few of Legion members were attending to the initiation of a newcomer at the Orgrimmar Rear Gate, Lance was asked by other members of the Legion about their stay at Northrend as they prepared to return to Conquest Hold through the mage portal, Topsail then answered that among the reasons for the Legion to keep focusing its activities on that specific region was the Grizzlemaw situation revealed by Legionary Santangelo. Leugim was then given the word and explained the whole situation, this time to the Grey Legion crowd. Topsail reinforced the need to do something about the Alliance at Grizzlemaw, thus, the crowd around them agreed to help, but they wanted to formulate a plan first. Leugim, however, had already planned a strategy and even mentioned it to Topsail during their first meeting, all the corpse needed to do at that moment was expose his strategy to the other Legion members around him. Leugim's revised plan suggested that: the Redfang were volatile to fight side by side with the rest of the Grey Legion, although they welcomed Leugim as an ally, one of them tried to behead Achilles, a blood elven soldier of the Grey Legion, when Santangelo brought the elf to visit the tribe. Thus, Leugim planned to use his reputation among the creatures to lead them in a separate front at Grizzlemaw against the Frostpaw and whatever Alliance ambushers they could find, while the rest of the Legion would use their flying mounts to enter through the hole atop Grizzlemaw and fly straight into the tunnel. Lance reiterated his approval of the plan at the meeting and said that they needed to act quickly before it became a bigger problem, thus the group used their hearthstones to teleport themselves back to Conquest Hold, where they prepared themselves for the assault as Leugim made his way to Redfang territory in order to rally them and prepare them for battle. It took a while but Legionary Santangelo managed to rally the bloodthirsty furbolgs, but he succeeded. While Leugim gave a speech filled with hatred and anger to increase the furbolgs' savagery, the Legion approached Grizzlemaw and began flying in circles around the top of the tree, awaiting for Leugim's call. Once his speech was over, Leugim roared the order for the furbolgs to begin their onslaught.

Leugim and the Redfang tribe entered Grizzlemaw through the entrance by way of the Redfang's village, with Leugim guiding the bloodthirsty furbolgs, the Redfang made use of much more resilient and sophisticated tactics to the savages's standards, eventually pushing the Frostpaw out of Grizzlemaw, once they were out and the entrances on the ground were blocked, the undead picked up his communicator and gave the call to the other members of the Legion. The Grey Legion's forces, composed of Overseer Mu, Legionary Tsukia, Achilles, Balzah, Huno Swifthoof, Roc Victoka, Initiate Chequen Tenkeg and led by Commander Lance Topsail, entered the deep tunnel and found the leader of the Alliance supporters of the Frostpaw furbolgs, a human rogue clad in tight black leather clothing, Marf. Confident that he could take all the forces of the Horde at once, Marf accepted the challenge and the fight began. The group's first tries to hit the human failed miserably, the human constantly dodging while mocking his enemies. Huno then charged with all his might and sliced the human in half, or so he thought...it was merely an illusion left behind by Marf, who appeared behind the tauren, mocking the bull further. Marf would be hit for the first time by a powerful spell casted by the pandaren sorcerer Tsukia, the spell hit him right in the face and he was brought to the ground, Balzah then seized the opportunity to try to smash Marf with his hammer, but the human rolled backwards and avoided the blow. As for the hammer, it became stuck in the ground and Balzah would spend a small part of the battle trying to set it free. Topsail then aimed a shot at Marf's head but the human sidestepped, however, it wasn't enough to fully dodge the bullet, as it sliced his forehead. Achilles's charging was also dodged by the human rogue. Marf then considered it was his turn, he leapt to the center of the tunnel and picked up an absurd ammount of hidden knifes and begun spinning around wildly and hurling them against the group, in an attack he dubbed as "Fangstorm". However, the "storm" failed miserably to hit every single member of the legion, many even avoided the blow by simply standing still. Ashamed, Marf hid himself in the shadows and appeared near Chequen, the monk then charged his hands with Chi energy and tried to grab him and unleash Chi bursts against the rogue's body, however, Marf leapt, landed on Chequen's left shoulder armor and leapt forward again, landing behind the pandaren and stating that Tenkeg "Can't touch this", Mu then shadowstepped and tried to ambush the human with her daggers, but Marf swiftly turned around and "parried" the attack with a kick that hit both her hands. The battle raged on for almost half an hour and the Legion seemed to be slowly besting Marf's impressive dodges. A timely arrival helped to turn the tides of battle: Jadoth, a blood elven paladin of the Legion, hurled a hammer-shaped light blast against Marf's head, which brought the man to his knees. Victoka seized the opportuniy to attack the stunned Marf, but he recovered in the last second and dodged his onslaught once again. Huno managed to successfully and violently disarm the human, bringing him back to his knees again, then Tsukia sprinted to Marf's back and smashed his head with a dual-handed blow. Marf concealed into the darkness and stealthed away, but the headache had him end up being unable to maintain the state, falling to his knees for a third time, afterwards. Balzah then finally managed to set his hammer free and ran against the head-hurt human, smashing his hammer against him and making him fall uncounscious to the ground. The group then considered themselves victorious, but Marf's body became darker and a strange dark liquid sprouted from the ground, it then enveloped the rogue's body and the human seemed to melt in a dark goo, vanishing afterwards. Marf appeared again at the center of the room, apathetic, his skin and eyes darkened, the human had fallen prey to the very same taint that plagued Vordrassil and both Redfang and Frostpaw tribes. The battle then restarted and Marf seemed stronger and more focused on counterattacking this time. Like Marf in the beginning, the Grey Legion managed to dodge most of his offensives, but Marf began to overcome them, at least in some moments.

Retrieved from "https://leugim.fandom.com/wiki/The_Battle_of_Grizzlemaw?oldid=5152"
Community content is available under CC-BY-SA unless otherwise noted.